Hip-hop pioneer, Russell Simmons, recently named one of People Magazine’s ‘Top 25 Most Influential People of the Past 25 Years’ and also one of Forbes Magazine’s ‘Hollywood’s Most Influential Celebrities’ has been instrumental in bringing hip-hop culture into the mainstream. And now, he is an outspoken advocate for yoga and meditation, having published books on the topic.

In his own blog on The Huffington Post, Simmons writes:

The Benefits of Transcendental Meditation

Though he had been meditating in different ways for over 10 years, during a visit to a school in Africa where the students all practiced Transcendental Meditation (TM) he truly became interested in transcendental meditation and began to practice it. He explains how the research by groups like the National Institutes of Health and schools like Stanford and Harvard have proven the efficacy of transcendental meditation for increasing creativity and intelligence, reducing stress and anxiety, and lowering blood pressure. He says the science is irrefutable.

Simmons is now on the board of directors for the David Lynch Foundation, which brings meditation to people who need it.

His newest book, Super Rich: A Guide to Having it All, is a how-to manual that celebrates meditation over materialism as the way to acquire true wealth. In an interview with BlackNews.com, Simmons says: The whole book is about being conscious, and is filled with practices to bring you to presence. The book is dedicated to that mantra, that state of consciousness. We wish we could live in a state of nirvana, or a state of Christ consciousness, or a state of yoga, or Samadhi. All of them are one and the same: to be awake, to be present. That idea of Heaven on Earth is what I mean by Super Rich, and the ease that comes with needing nothing. Yoga can be defined as a state of needing nothing, and that’s what we’re looking for. So, this book is about moving towards that enlightenment.

Simmons further explains in his blog that, “You don’t have to believe in meditation for it to work. You just have to take the time to do it.” His greatest word of advice – “Meditate.” 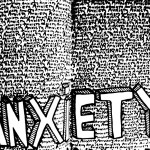 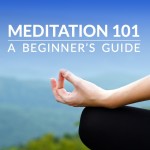 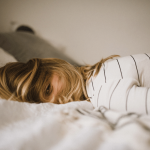