Does mass human consciousness exist? The Global Consciousness Project is determined to find out. Imagine this – little black boxes that automatically display numbers at random, in no particular order, placed in protected locations around the world. Each box acts independent of any other, spitting out its numbers without design and in unorganized ways. Until just hours before the terrorist attacks on the World Trade Center on September 11, 2001, they all suddenly began to generate in a more synchronized pattern, almost as if to trying to tell us something catastrophic was eminent.

From the blog, Vacuum Genesis,

Is there such a thing as mass human consciousness, and is it something that can be measured?

As “new age” as that may sound, it is a question that scientists began to explore in the late 1960′s, concurrent with the advent of computers and micro electronic technology.  In 1979, Princeton University established a laboratory–the Princeton Engineering Anomalies Research (PEAR) group–to study the effect of human consciousness on electronic devices.  In 1980 Dr. Roger Nelson, an experimental psychologist with a background in physics, statistical methods, and engineering, joined the group.

For the next 22 years Dr. Nelson and his colleagues developed and refined electronic hardware designed to generate random data, and used it to test their hypothesis that human consciousness can exert a measurable influence on physical electronic systems.  During this time Dr. Nelson began to formulate ideas for what would later become the Global Consciousness Project.

How does it work?

The GCP’s core hypothesis is that mass human consciousness, when it is focused on some major global event, should measurably affect a network of continuously operating random number generators set up in 40 countries over the course of about 10 years.  The process is rather complicated, but the concept is simple.

GCP’s instruments, referred to as “EGG’s” (an acronym for electrogaiagram), generate random numbers which can be represented as a continuous output of 1′s or 0′s.  The principle is similar to that of flipping a coin, only much faster.  In any set number of coin flips, an observer has an expectation that half of the coin flips will produce a result of “heads,” and half will produce “tails.”  In Dr. Nelson’s process, “heads and tails” are replaced by “1′s and 0′s,” but the concept of an “expected result” remains the same.

In his analysis of this data, Dr. Nelson is looking for significant deviations from the expected result.  That is to say, suspiciously long strings of either 1′s or 0′s.  Using our coin analogy, imagine that you decide to flip a coin 100 times.  You would expect to get 50 “heads” and 50 “tails,” with the understanding that the actual results might deviate slightly one way or the other.  But what if you got “heads” 90 times in a row?  That would indicate a significant deviation from the expected result.

By itself, this seeming coherence in a random system is meaningless.  It isn’t until we apply the data to Dr. Nelson’s hypothesis that a very interesting phenomenon is revealed. Using a very strict criteria, Dr. Nelson began to examine the data as it correlated to major world events.  Targeted events included such things as the September 11, 2001 terrorist attacks, the death of Princess Diana, and even New Year’s Eve celebrations.  What Dr. Nelson discovered was that in the majority of these instances, the sampled data from the EGG network did indeed show the significant deviation from expected result that I describe above, and that Dr. Nelson predicted.

Stated more simply (if somewhat less accurately), the results seemed to indicate that during major global events, the consciousness of a vast number of the world’s people–likely focused on the event–seems to exert some influence on the EGG network…the random number generators begin to generate long strings of non-random numbers.

Dr. Nelson’s many years of study and research have given him great insight into the theory of global consciousness. Below is an abstract from the GCP website that he wrote on the topic:

Interconnecting with everyone: Being in global consciousness

The Global Consciousness Project is an effort to capture some faint indications of a true global consciousness. The purpose of the project is to examine subtle correlations that appear to reflect the presence and activity of consciousness in the world. Just as the biosphere is composed of all the organisms on Earth and their interactions, Pierre Teilhard de Chardin postulated that the noosphere is composed of all the interacting minds on Earth. The word refers to a transhuman consciousness emerging from our interactions to become a guiding intelligence for the earth.

Evolution starts with particles that coalesce to become atoms and then molecules and eventually complicated molecules. These become life building blocks from which smaller and then larger animals emerge and eventually you have us, self-aware animals. While that has been quite a run, it’s not over. There is at least one more stage, in which we become a new organ of consciousness for the earth, evolving into something analogous to the cerebral cortex in humans. We can, and to survive, I think we must, engage in conscious evolution to decide what the future will be.

My favorite picture is that we are all already participants in a giant interaction, similar to that between the neurons in a brain. The neurons don’t know anything about the mind or the questions we ask, or what consciousness is, but they participate anyway. I think we are participating already in something that is a higher level of consciousness and that for all we know, could even be conscious and self-aware already.

Consciousness has a creative, productive, generative role in the world such that what we wish for is more likely to be than if we hadn’t wished for it. We have good evidence that this is true. What we envision together will manifest in the world in a subtle way. This means that we have an enormous, untapped (or at least uncontrolled) capability of changing the future. The corollary is that we also have a responsibility. So we have a capability and a responsibility for changing the world so that the future is brighter, and it depends on coalescing into a greater consciousness.

When rain falls on a mountaintop it creates rivulets that flow together and become streams. Then they wind down the mountains and join to become rivers, and the rivers eventually get to (and form) the sea. The Global Consciousness project is such a rivulet. Each of us in our way is such a rivulet, and sometimes we even feel the power of joining others. What would it be like to have most people on the earth join in a conscious intent?

What does Dr. Nelson’s research mean? Well, it would seem to mean that there is such a thing as Global Consciousness.  It would seem to show that we humans are connected one to another. That the sum of our consciousness has the power to create change. We invite you to explore further and draw your own conclusions. And please share your thoughts with us using the comment box below. 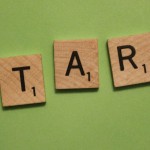 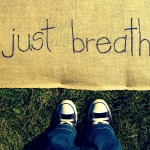