Can cellular memory cause transplant recipients to act like their donors? Read on.

Like most organ recipients, Claire Sylvia did not know the donor of the heart and lungs she received. However, following the surgery she said she felt “different” – almost like “someone else.” Then she dreamt of a boy named Tim, to whom she felt connected in love, only to discovered that the donor’s name was Tim.

Bob Aronson received a heart transplant in 2007. Since then his blog, Bob’s NewHeart, has inspired and enlightened thousands of people regarding organ and tissue transplants, how alcohol and drugs affect organs, eating disorders, post transplant depression, mandatory donation and more.

While medical and other scientific researchers will tell you that a truly scientific study would take years among perhaps hundreds of people there are some unexplainable individual cases.  One of which is the story of Claire Sylvia who got a heart and lung transplant in the 1970s from an eighteen year old male who had died in a  motorcycle accident.  Ms. Sylvia knew none of this information but claimed upon awakening that she had a new and intense craving for beer, chicken nuggets, and green peppers, all food she didn’t enjoy prior to the surgery. A change in food preferences is probably the most noted in heart transplant patients. Sylvia wrote a book about her experiences after learning the identity of her donor called A Change of Heart.  You can watch her video here .

The most stunning example of cellular memory was found in an eight year old girl who received the heart of a ten year old girl. The recipient was plagued after surgery with vivid nightmares about an attacker and a girl being murdered. After being brought to a psychiatrist her nightmares proved to be so vivid and real that the psychiatrist believed them to be genuine memories. As it turns out the ten year old whose heart she had just received was murdered and due to the recipients violent reoccurring dreams she was able to describe the events of that horrible encounter and the murderer so well that police soon apprehended, arrested, and convicted the killer.  Unfortunately I have been unable to find out where or when this happened so there is no real proof that the story is anything more than an urban myth.

But then there are these stories:

Bill Wohl was a hard-driving self-described type A executive until cardiac disease nearly killed him in 2000. A heart transplant at the University of Arizona medical center saved his life—and transformed it in ways he could never have imagined. Weeks after his operation, Wohl, now 58, heard a song on the radio by the British vocalist Sade. “I just started crying and rocking,” he recalls. Odd, since before the surgery, Wohl hadn’t heard of Sade and was not the type to mist up over a torch song. Later he contacted the family of organ donor Michael Brady, the 36-year-old Hollywood stuntman whose heart he had received, and made an intriguing discovery. Sade was one of Brady’s favorite singers. “It was,” says Wohl, “really, really freaky.”

And then there is Paul Oldam, a corporate executive in a Milwaukee law firm, received the heart of a 14-year-old boy who had been killed in a truck accident in 1993. On Oldam’s first post-surgery shopping trip, his wife, Peggy, was taken aback when he wandered into the candy aisle and started loading the basket with Snickers bars. “He never liked candy before that,” Peggy says other husband, now 70. Bill also became an avid outdoorsman, given to kayaking, cross-country skiing and cycling 25 miles at a stretch. “I wouldn’t be surprised,” says Peggy, 69, “if he wanted to try parachuting next year.”

Such accounts are not just isolated cases. Cardiologist Dr. Paul Pearsall interviewed more than 100 heart transplant recipients who are convinced that they sense a connection with the deceased donor. Learn more of his findings here. 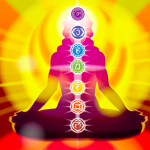 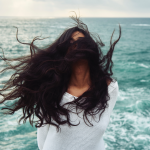 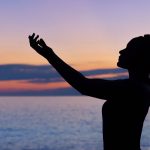